Today, we’ll dicuss a new method for binary classification – that is, classification when there are two categories. The method is called Support Vector Machines. We’ll build up to it by considering two special cases:

We’ll demonstrate concepts when there are two predictors, because it’s more difficult to visualize in higher dimensions. But concepts generalize.

Consider the following two-predictor example. The response can take on one of two categories: “A” or “B”. Also consider the three classifiers, where above a line we predict “B”, and below, we predict “A”:

Each line perfectly classifies the training data – which one would you prefer, and why?

The Maximal Margin Classifier only applies when the two groups can be perfectly separated on the training set by:

We can say this another way. Notice that, for any given line, we can define the “widest slab” before touching an observation. Here are the widest slabs for the above cases:

The Maximal Marginal Classifier chooses the line whose slab width is maximal. Half the “slab width” is called the margin, so this classifier maximizes the margin. There are algorithms to do this maximization.

With this in mind, we can order the above three lines from best to worst: Line 2 is the worst, and Line 3 is the best.

Notice that there are only three observations that define the slab for Line 3 – these are called support vectors.

But: a perfect linear classification almost never happens with real data, but this is an important setup before moving on to support vector machines.

We can classify new points as follows:

But, we need a way to automate this, since orientation is not always natural with a hyperplane (for example, we have to switch to “left and right” if the dividing line is vertical).

This equation also gives us a measure of confidence in our classification – the further the magnitude of the left-hand-side is from 0, the further away from the separating hyperplane it is.

Support Vector Classifiers (or SVC) are more realistic in the sense that they don’t require perfect separability of the data.

A SVC fits a line (or in general, a hyperplane) that “best” separates the data in some way. The idea, as before, is to choose the line that results in the biggest margin. The only problem is, there’s no such thing as a maximal margin for a given line anymore. Let’s work on defining that.

Here’s an example of a line and a margin (not necessarily a “maximal” margin – just some random margin that I chose). The dividing line is the middle one, so above this line is a “B” prediction. We’ll call the upper and lower lines the “margin boundaries”.

The idea is to calculate a total penalty associated with each observation with this line-margin combination, like so:

The numbered observations in the above plot receive a penalty:

Add up the penalties to obtain a total penalty.

If we choose a maximum allowable total penalty, say \(C\), then for any line, there’s a set of margin widths that result in a penalty less than \(C\). The maximal margin for that line is the biggest margin.

Again, the algorithm chooses the line that has the biggest maximal margin, for a given total penalty \(C\).

Note that, for the above plot, observations 1-6 are called support vectors, because they are the only ones to contribute to a penalty.

The margin width is 2 units.

The observations that receive a penalty are 6,7,8,9,10. These are also the support vectors, by definition.

Yes – increasing the margin will eventually lead to an increase in penalty, which is allowable.

The data are separable – as such, we can apply a maximal margin classifier to it. The support vectors would be 4,8,9.

Quite often, a linear boundary is not useful for classification. Take the below extreme example:

Recall in linear regression, we can fit other shapes besides lines by transforming the predictors, such as adding powers of the predictor to get polynomials.

We can do this to get non-linear decision boundaries on the original predictor space, but it’s usually quite computationally expensive. The way to fix the problem is beyond the scope of this course, but the idea is to use kernel functions. The kernel function typically has a hyperparameter associated with it. Two of the most popular examples:

Note that SVC and Maximum Margin Classification are special cases of SVM.

If there are more than two classes to predict, we can use one of two approaches to do the classification. Suppose there are \(K\) categories.

This approach fits an SVM to all pairs of categories. That is:

Classification is made using the “popular vote”.

This approach fits an SVM for each category against “other”. That’s \(K\) SVM’s in total. That is:

Remember the measure of “confidence” introduced in 4.3, as the absolute value of the left-hand-side of the equation of the hyperplane? We choose the category that results in the highest confidence score.

The scikit-learn documentation for running SVM’s in python is available here.

You can run classification in python with the sklearn.svm bundle of methods. From this bundle, the method SVC is useful for SVM’s (despite its name), and LinearSVC is a special case when the classification boundary is linear (what we’ve been calling SVC).

Let’s use a dataset from the documentation

X is a matrix of the predictors (as a list of lists), with predictors in the columns, and observations in the rows. y is a list of labels/categories, with length equal to the number of rows of X.

We’ll store the initialization in a variable called my_model. We can use the defaul of SVC, like so:

Or I could have specified hyperparameters here. For example, specify SVC(C=10, kernel="rbf") for a penalty of \(C=10\), using the radial basis function kernel (you can use the gamma argument to control gamma, too). More details are in the documentation.

This is typically done in scikit-learn by appending .fit(X, y) to your initialized model, where X and y are as above.

Recall that, with python, the above code modifies the object my_model.

Now we can go ahead and do things with the fit, such as make predictions:

If X_new is like X (possibly with a different number of rows), then predictions will be made on this new data set. Note that this above code does not modify my_model, like appending .fit does.

We can calculate accuracy:

We can also calculate the distance to the decision boundary by appending .decision_function: 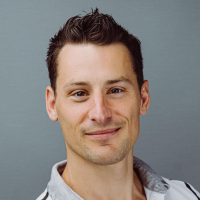 I’m a data scientist at the University of British Columbia, Vancouver.